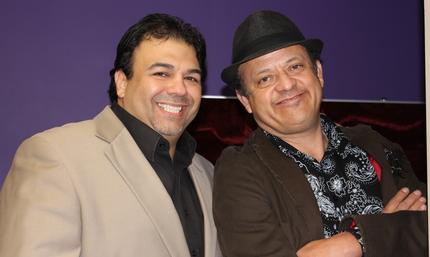 After years of toiling in a corporate job, Roman decided he needed to make a move to pursue his passion for comedy, writing and acting. He felt that if he didn't make the move to find out if there was more he could do with his gifts and talents that he would regret it for the rest of his life. So he did.
Roman struck out on his own. Operating his own business by day and hitting every open mic he could by night.
At a comedy club open mic someone approached him and told him he had a good look for film and commercials and gave Roman a phone number to an agent. He called and shortly thereafter was cast in commercials and low budget films. By chance Roman was asked to perform at a film screening he was attending. This is where he was noticed by a couple who happened to be television and film producers. This opportunity moved Roman into more television work as part of a local morning show. His comedy career continued to grow and he was given the opportunity to work with a variety of entertainment and film personalities.
Roman's new film work, increasing tour schedule and frequent requests to do motivational speaking are further testimony that his trajectory is still on the rise.

"Roman is a great entertainer and always brings the laughs"